Popcorn use is on the rise. Believed to be an American snack, it has found its ways to the European markets and it has become a vital product in the grocery market. Unlike crisps whose sale has declined, popcorn sale has grown, thanks to their enhanced flavours which includes gin, goats’ cheese hence their doubling in value since 2013. In 2017 there has been a 10% rise in sales. This makes UK’S popcorn lovers access popcorn as much as other countries in Europe.

Research experts say that the popularity of popcorn is due to the perception that they have far-reaching health effects as compared to potato crisps. 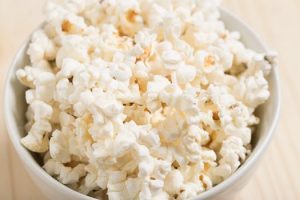 Many people have been inspired to start these businesses as it has now proved to be a lucrative venture. Many of them are now optimistic because of its demand. Unlike in past, now you are assured of walking into the supermarkets and finding popcorn. There are those who have specifically opted to open shops for popcorn alone. It seems we have become a popcorn eating society.

In the UK there are many brands that have emerged, one of them is Proper corn which was launched six years ago. The founder says it was passion that gave them the urge to start the brand. The brand now sells more than 3m bags. It is found in almost all big retail shops, it is also found at Tesco.

People now have large varieties to choose from hence they are able to enjoy the best brands. This has enhanced competition which is better for the economy.

Other Brands that Have Launched in the Market

Several brands have been introduced in the market and they include the following:

The market entirely depends on the number of people that appreciate the use of popcorn. As said earlier people no longer prefer a lot of fats in their daily meals, this in return will lead to a vicious increase in the number of Britons consuming popcorn. People are now more conscious about their food intake as there have been a lot of concern over the kind of diseases arising due to poor diets. This puts popcorn sellers among the top beneficiaries due to their low fats over other fried foods. This means popcorn users in the UK are likely to rise a knot higher. I think In the future we shall have even more brands to cater for increased users.

Popcorn has proven to be a snack that overtakes all the others. A parent would rather buy popcorn for his child other than any other deep-fried snacks. People in the whole world are looking for alternatives and popcorn proves to be one of the best alternatives. For those diet conscious people in the UK, I would encourage them to add popcorn in their diet as opposed to any other traditional snacks. To investors out there in the UK and the world, popcorn business is real in the UK and people are making good money.

5 Ways to Invest in Yourself and Build a Better Future

There are many ways to invest in yourself.  The rewards

Online art classes can be a convenient and affordable way

The Specialist Services Of An Accident Lawyer In Glasgow

An accident lawyer Glasgow is a professional who offers legal