Nowadays, the public, in general, are becoming far more aware of the environmental damage caused by our produce and waste. In 2015 the US banned the small microbeads found in exfoliating scrubs and the ban followed in the UK in early 2018. These small beads were drifting into the sea where they were being consumed by and therefore damaging marine sea life. With areas of great scientific like the Great Barrier Reef being put at more and more risk, we need to do more to stop wastage and pollution drifting into our oceans. The next step for both the public, local bars and pubs, and then the government, is a wide ban on plastic straws.

Roughly “8.5 billion plastic straws are thrown away each year, contributing to at least 150 million tons of plastic in the oceans” (Source: Sky News). This mass amount of plastic waste sees hundreds of thousands of sea mammals and birds die every single year due to the waste from our nights out and casual drinks. 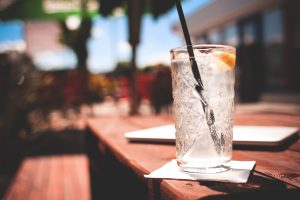 Plastic Straws No Longer In Bars

The drive to rid ourselves of some of our mass amounts of plastic waste has already begun, with bars all over decide to either scrap straws altogether or to replace them with a biodegradable paper equivalent. One pub in Scotland, Dram, has brought the issue to the city centre of Glasgow with large posters on their windows highlighting the “Say No To Straws” campaign.  Other bars in the city have followed suit, and it can be seen to be a trend across the country with bigger establishments such as Wetherspoons getting in on the act and going paper with their straws.

This phenomenon may have played a part in the government’s new statement saying that they have a 25-year plan to eliminate all avoidable plastic waste. This plan will include a ban on plastic straws, the 5p bag charge being extended to all shops, and supermarkets being asked to have aisles that are plastic-free, e.g. with loose fruit/veg rather than being packaged. 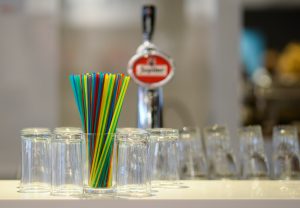 Overall, this is a positive step forward towards a reduction in the amount of waste polluting our oceans and harming our sea life. However, the general public must be doing more, and sooner. In 25 years the damage done will be more than irreversible and so we must do our parts immediately and not wait for each stage of the 25-year plan to kick in.

How Does Self Storage in Glasgow Work?

Self storage in Glasgow can be used for personal or

With all of the news at the moment trying to

Exercising isn’t for everyone. In fact for some people they